How we handle an insult is a choice. It can be civilly or crudely. 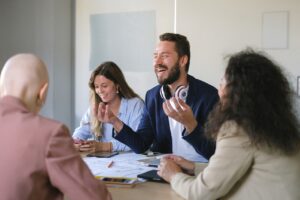 Real life scenario: Picture it—you’re at a meeting at work. Your coworker starts sharing a “funny” incident about you. You’re caught by surprise, never intending for it to be shared, especially at work. What do you do?

While the Oscar’s episode between three celebrities prompted this piece, what happened is not restricted to just celebrities.

Whether you watched the Oscars last night or not, you’re bound to hear about or catch a glimpse online of Will Smith slapping Chris Rock.

• Was it was a PR stunt? Was Mr. Smith proving his commitment to his wife? Was he prompted by his wife?

Having watched the clip only once or twice, here’s my breakdown.

• Initially, Mr. Smith seemed to politely smile at the joke. His wife’s expression was quite different; displeased to say the least.

• Because of Mr. Smith’s delay in walking up to the stage, it gave the impression that he was prompted by his wife to take some action, or a PR stunt.

Nevertheless, was it Mr. Smith’s situation to handle?  Real life scenario: Imagine a coworker standing up and speaking out on your behalf.

How could Mr. Smith have handled the situation? Real life scenario: Any of us could be in a similar situation. For example, a party, a family gathering, or a workplace event when someone says something about your partner which they find insulting.

1. As a couple, they could have walked out. (Excuse yourself to the hosts, and go home.)

2. Ms. Smith (the insulted party) could have asked for an apology from Mr. Rock (the offender) for the tasteless and hurtful joke. (No guarantee they would have gotten one.)

3. Ms. Smith could have handled it behind-the-scenes, after the show (party/event).

4. Ms. Smith could have made a statement to the press after the show. (While I strongly and profoundly am against it, there is social media.)

5. Ms. Smith no doubt has access to appear on any show; using this opportunity to state her case. (You’ll have future opportunities to disparage the “offender”, however, I profoundly discourage it.)

6. Ms. Smith could have maintained her composure, expressing displeasure by not smiling or applauding. (Refraining from any emotional response, can be very powerful.) 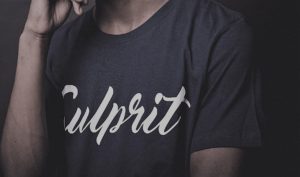 Now, for Chris Rock (The “Culprit” Or was he?). Under the circumstances, he controlled himself quite well. While this doesn’t make it okay, do consider:

• It may have not been his joke; they have writers.

• He could have apologized, even if only for appearances.

Real life scenario: What would happen to the average individual if they slapped or punched someone because they felt insulted?

How we handle an insult, joke, or opposing opinion is a choice. Allow integrity, dignity, values to dictate your responses. #civility #etiquetteexpert #mediasource #Oscars2022 #notchivalrous Click To Tweet I know you’re not going to want to hear this, but, in the era of empowered women, why did her man get involved?

• Why didn’t Ms. Jada Pinkett-Smith get up and handle her business with Mr. Rock?

• Why didn’t she yell out whatever was on her mind?

• Why didn’t she hold her head up high, composed, making Mr. Rock, and his joke look tasteless and indelicate?

• Why didn’t she just go with it for the sake of appearances? This would have taken away the power of the joke, whitewashing the moment, lessening time spent, instead of highlighting it.

Is chivalry back? A few synonyms are courage; politeness; valor; fairness.

Final thoughts: Insults, offensive words, jokes, and opposing opinions are everywhere and there’s no law that can stop it.

It comes down to an individual’s principles. Choosing to maintain our dignity, integrity, respect for others, and adopting an approach to respectfully and tactfully settle things.

Most of us have at one time or another poorly handled a situation or conversation. Thankfully, we can humbly and sincerely apologize. 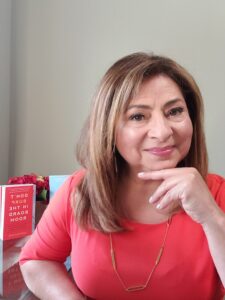 Serving as an expert source for media. Imparting advice to businesses, private sessions, and the film industry. Available to hold virtual or in-person session to prepare individuals/groups for job interviews, dining out, improving communication techniques.

Books: “Don’t Burp in the Boardroom”, “Keep Your Distance!”