Another explicit expletive by another public servant 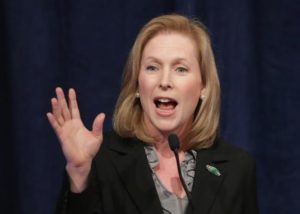 Sen. Kirsten Gillibrand (D-New York) was not mincing words on Friday. During a speech in New York, she dropped several F-bombs to express her frustration with the White House and Washington politics.

“Has he kept his promises? No. F— no,” she said of President Donald Trump while addressing the Personal Democracy Forum in New York City, The Hill reported.

My take:  The “D” or an “R” by any public servants name is of no consequence to me. They are people who chose to be in the public eye, serve the public, and receive their paycheck from the public.

#Political party affiliation does not dictate poise, honesty, integrity, respect, and other qualities and traits that we honor and expect from our pubic servants. Click To Tweet

Other than a momentary fury of tweets against and in defense of her language, a few articles, advising her 13 year old son not to use her words, and sort of excusing her use of the “f” word because it was a young crowd, what is the consequence?

I ask you, will this damage her career? Does this display of jovially delivered profanity benefit or represent her constituents well?  How does this support or benefit women who are laboring and making strides to be considered for positions of leadership?  What about the women and men who look up to her?  What does her “sophisticated” son really think?

This may have gotten her a few laughs, but was it worth it?  With so many words in the English language to choose from, why stoop to using one of the most common undistinguished and crass.

Human Resources, how would this play out in the workplace? Picture it, a manager or CEO stands up to give a speech and drops a few f-bombs. Any consequences?

Think about this Sen. Gillibrand, what if you were working in the private sector? Still your word of choice?

Final thoughts: I believe that a public servant accepts the responsibility to act and speak with respect and dignity (at least during working hours). They serve “all of the people” not only one party, hence, avoiding hateful remarks, crudeness to drive a point home or to express their frustration or anger about an opposing colleague or President.

I was taught to respect the President whether I voted for him/her or not. And to respect my fellow Americans’ choice.

And finally, I was taught that to watch my language in public and especially in the presence of my elders and children.

This may deemed as super old-school…darn proud of it! 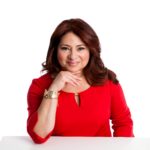